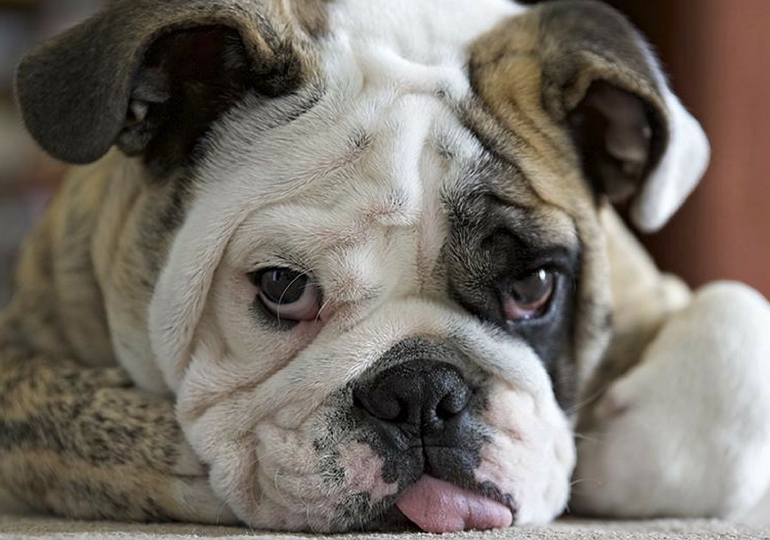 Most dogs are known for their high energy or affinity for long walks. Some breeds, however, don’t fit into that mold. Introducing the 13 dog breeds that require the least amount of exercise.

Probably the most well-known less-active breed is the Bulldog. Though athletic, the Bulldog is notorious for wanting no part in long walks or exercises. Their spot is on the couch and they’re perfectly happy there.

No need for long hikes or walks for this breed. The Chow Chow is perfectly fine just hanging out with their humans all day.

Similar to their counterpart the Bulldog, the French Bulldog doesn’t require a lot of exercise. While they love to play, they’d prefer to chill out with you on the couch.

This hairless breed may be more work to take care of than other breeds thanks to its non-existent coat, but they actually have quite a low need for exercise. Chinese Crested’s are also loving and friendly companions.

You may be fooled by the Bullmastiff’s size, but this breed is calm-natured and doesn’t require a ton of exercise. They were, however, bred to be guard dogs so they are constantly alert.

A daily walk is all this breed needs. The Bichon Frise would rather hang out with their humans anyway.

This small, adorable breed does not require a lot of exercise and is the perfect family companion – especially those who prefer nights in over nights out.

Shih Tzu’s, though playful and alert, were bred as companion dogs. So it’s in their nature to be around their humans at all times.

Pomeranian’s weren’t always as small as they are today. In fact, they were bred to be smaller so they can fit in their owner’s laps. And now, they prefer to hang out with their human’s than play around outside.

Actually hailing from China, the Japanese Chin is a pint-sized breed with a playful personality. However, they don’t require much exercise and prefer to chill out with their owners.

This wrinkly-faced breed prefers lounging to running and will be a great pup for Sunday’s spent on the couch.

Although they were originally bred as hunting dogs, the Sussex Spaniel has strayed away from their former responsibilities and is now known as a slow-paced dog that loves to lounge around all day.

Despite their size, the Irish Wolfhound doesn’t require a ton of exercise. They were originally bred as war dogs, but today they are family companions that enjoy just hanging out with their humans.