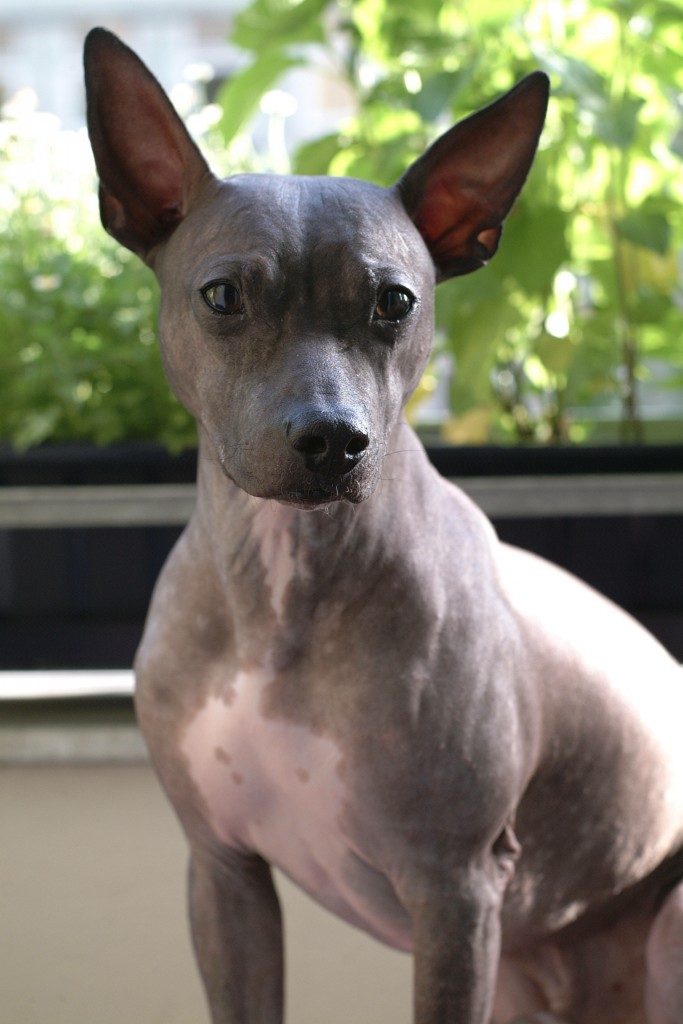 When you think of cute dog breeds, you probably don’t think of hairless dogs. But we’re here to change your mind. Hairless dog breeds are often overlooked for those with thick, full coats – but these furless pups are just as cute as their furry counterparts. Here are five hairless dog breeds you didn’t know existed – or needed.

This dog breed may be one of the toughest to pronounce (its “show-low-eats-queent-lee”), but they are an interesting one. Xolo (or “show-low”) for short, the Mexican Hairless Dog is native to Mexico and descended from a few breeds of Old World dogs. They existed in Mexico for more than 3,000 years.

This breed was considered sacred by the Aztecs. They believed Xolo’s helped their masters souls safely pass through the underworld. Aztec legend has it that the god Xolotl made this breed from a small sliver from the Bone of Life – where all mankind came from. Xolotl provided this gift with instructions to guard mankind and provide safety from the dangers of Mictlan, world of Death. Some people in Mexico still believe this to be true! (www.featuredcreature.com).

Today, the Xolo is a loving, intelligent breed with protective qualities.

Despite its name, the Chinese Crested did not come from China. They are actually descendants of Africa or Mexico, but were reduced in size by the Chinese. The Chinese Crested comes in two varieties: the Powderpuff and the Hairless. The Powderpuff is the hairier of the two, but the amount of fur can vary on both breeds. They were bred to be companions and the Chinese believe this breed had healing powers.

This is a breed unlike any other dog in that they hardly have any desire to go outside and play. They will lie with you for hours and have an innate ability to know what you’re thinking. Chinese Cresteds are a social breed and will bond quickly. They are, however, weary of strangers.

Dating back to more than 3,000 years, the Argentine Pila Dog is native to Argentina. During the Spanish colonial times and into the 20th century, this breed was popular among the aboriginal middle class as well as peasant families. It was during that time they were given the name, which is the colloquial Spanish term for “naked” or “hairless”.

Their warm skin acted as bed warmers for the older crowd, especially those suffering from rheumatism. Pila’s were also highly regarded as watchdogs. Though they are rare today, breeders are trying to reestablish the breed.

This unique-looking breed dates back to pre-Incan times. Pottery from that area shows the Peruvian Inca Orchid in full detail. The Spanish conquest of Peru actually almost caused this breed to become extinct. Thankfully they survived thanks to some rural citizens believing this hairless pup had mystical powers.

The Peruvian Inca Orchid can be either completely hairless or have a small patch of hair on the top of their head. They are known to be affectionate, loyal, playful, and charming.

Deriving from the Rat Terrier, the American Hairless Terrier is quite a rare breed. The breeds history starts with Feists, mixed breed terriers brought from Europe to North America around the 18th century. From there, the Rat Terrier was born by breeding Feists with Italian Greyhounds, Beagles, and Miniature Pinschers. One litter of Rat Terriers produced a completely hairless pup, later named Josephine. She was the first known American Hairless Terrier.

This breed is known for their intelligence, playful nature, and alertness. They are affectionate and good with children, too. American Hairless Terriers are protective of their families and can will actually break into a sweat if scared or hot.

If you’re looking to add a new member to your family, don’t count out the hairless ones! Not only are they uniquely cute, they also make wonderful companions. Just be ready for some confused stares while out on the town.