The Best Names For Your Siberian Husky

The Best Names For Your Siberian Husky 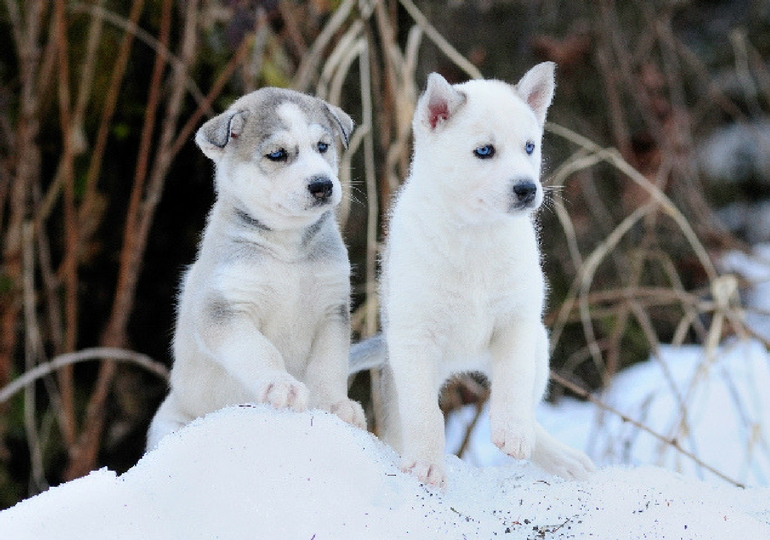 Known for their striking blue eyes and playful, chatty demeanor, Siberian Huskies make amazing family companions. And as with any dog, coming up with a name is no walk in the park – after all, they’ll have this name for life! If you’re struggling with what to name your Siberian Husky, we’ve rounded up some of the best – from well-known ones to quirky ones.

Akira means intelligent and also refers to the Japanese manga series created by Katsuhiro Otomo – which inspired the film “The Matrix.”

One of the most famous Siberian Husky’s, Balto led a team carrying diphtheria serum from Anchorage all the way to Nome, Alaska in 1925. He helped prevent an outbreak of the disease and his famous run is now commemorated by the annual Iditarod dog race.

Cherokee is a popular Native American dog name and refers to the Iroquoian language, which has had its own script since 1820.

A warm wind found on the Pacific Northwest coast of the United States.

Dakota refers to a member of the North American Indian people in the upper Mississippi valley and the surrounding area.

An interesting name, Eskobar means “spoiled” and refers to those who always get what they want.

A glacier is a large ice mass that moves slowly.

Juno, or “Juneau” is the capital of Alaska but makes a great name for a Siberian Husky.

A Turkish word, Kremlin means “fortress” and refers to a dog that is trough and strong.

Laika was the name of a mixed-breed Siberian Husky known to be the first dog in space.

Lonestar refers to someone with superior skills but bad luck.

A maverick is someone who rebels from a group.

Nikita is a great name for a Siberian Husky and means “little child.”

A nova is a star that suddenly becomes brighter.

River can refer to a free-spirited pup.

The sierra is a rugged range of mountains.

Teeko is a strategy game that was invented in the late 1930s but can be a cute name for a Husky.

A widely popular name for Huskies, a tundra is a flat, treeless Arctic region.

Willow refers to a deciduous tree with small, narrow leaves.

Winter is a great name for a Siberian Husky with mostly white or all white fur.

Zaria means “sweet, shy, and behaved.” This is a great name for a dog who prefers to lounge around.

Zorro means fox in Spanish and is a great name for a sly, clever Husky.

Ultimately what you name your pup is up to you – but if you’re stumped, consider one of these fun names for your Husky pup.