The Best Names For Your German Shepherd Dog

The Best Names For Your German Shepherd Dog 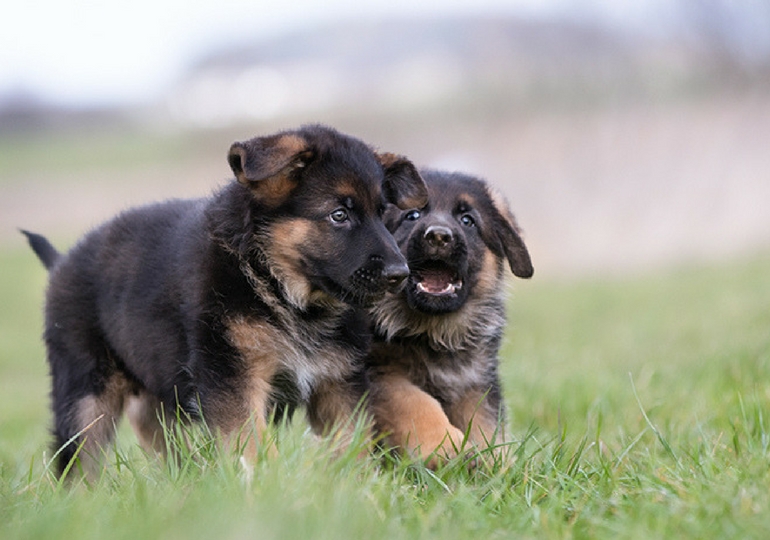 In addition to their striking beauty, German Shepherds are extremely intelligent, spunky, loyal, and an overall joy to be around. If you recently added a German Shepherd to your family, be ready for a lifelong companion full and personality and zest. But now comes the hard part – what are you going to name them? If you’re completely stumped on what to name your German Shepherd – we’re here to help. Below are some of the best names for both female and male German Shepherds!

Greek goddess of wisdom and warfare and the daughter of Zeus.

A popular dessert, also refers to the dark colors of a German Shepherd.

Of Greek origin meaning “glory of the father” and was the name of the queen of Egypt.

A southern name, Dixie is often used as a name for spunky dogs. Also a term for the whole American South.

Of French origin and means “she.”

Evita is of Hebrew origin and means “living one.”

Typical spelling of the Polish name “Kasia” and means pure and beautiful.

Leena is of Muslim origin and means “tender.”

Of English origin and means “the greatest.”

Millie is a Latin name and means free-born and noble.

A Russian name, Nikita means “victory of the people” and “unconquerable.”

Perfect for laid-back German Shepherd, Olive is a Latin name that means “symbol of peace.”

Derived from the Greek work “petros” which means “stone, rock.”

Typically refers to the gemstone, ruby comes from the Latin word “ruber” which means red. It’s the birthstone for the month of July.

Sadie is a derivative of Sarah and means “princess.”

Tasia is a Greek name that means “resurrection.”

The Roman goddess of love.

Apollo was the son of Zeus and the god of prophecy, beauty, and wisdom.

A German name, Bruno comes from the word “brun” which means shield or armor.

Of English origin, captain means “he who is in charge.”

Duke is an English name and used as royalty title.

Can refer to the indigenous Native American tribe and translates into “friend” or “friendly” – perfect for a laid-back, friendly German Shepherd.

Of English origin, a falcon was regarded as a symbol of spend and courage during the Middle Ages.

Thought to be related to the Old Saxon name “Hugh” that comes from the German word “hug”, which means “heart, mind, spirit.”

A common name during the Middle Ages, it became a slang word for “man.”

Kuma is the Japanese word for “bear” – perfect for a big, fluffy German Shepherd.

Orion is a Greek name meaning “rising in the sky” or “dawning.” In mythology, Orion was a hunter and son Poseidon. Also refers to the constellation.

Perfect for a German Shepherd pup with big ears!

Often used as a nickname for red-haired people or dogs.

A fictional character, the name Tarzan was made famous by the movie “The Legend of Tarzan.”

Of Old Norse origin meaning “thunder.” Also refers to the Norse god of strength, war, thunder, and storms as well as the son of Odin.

Viking is of Old Norse origin and means “raider.” Also refers to the pirates and traders who settled in parts of northwestern Europe during the 8th and 11th centuries.

Zorro is Spanish for fox – perfect for a clever and sly German Shepherd.

Ultimately what you name your new pup is up to you. But if you’re scrambling for one and need some help – consider one of these unique names for new German Shepherd pup!