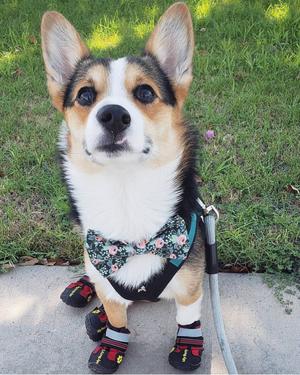 Ever wonder why there is such a drastic size range among dogs? Science has the answer.

The same species of animals typically have the similar characteristics – like size, features, and markings. This is how people know what species they are based on their appearance. But with dogs, it’s a little different.

Think of all the different breeds – and sizes – of dogs. To someone who has never seen one before, they may be confused if they see a Great Dane sitting next to a Chihuahua. That person may have trouble believing they are from the same species. In fact, dogs have the largest size range among any mammal – but why?

The University of Utah’s research team believes they found the answer.

The research team found a piece of DNA that regulates growth to keep small dogs small.

Researchers tested the DNA of Portuguese Water Dogs because they have the widest size range among dogs – weighing anywhere from 25 and 75 pounds. The study took DNA samples and body-size measurements of the pups. What they found was a piece of genetic material that highly correlated with a dog’s size.

Specifically, it was a regulatory sequence next to a gene that controls a growth-inducing protein hormone. This particular hormone is found in humans as well as other mammals and helps them grow.

So what does this have to do with dogs?

And, to make sure it wasn’t Portuguese Water Dog specific, researchers examined 3,241 dogs spanning 143 different breeds. This included, of course, a wide range of breeds from small dogs to large dogs.

As they suspected, all of the small dogs in the study had the same mutated regulatory sequence as the Portuguese Water Dog. But, like most studies, there was one outlier – the Rottweiler.

Researchers aren’t sure why Rottweilers are the outliers, but they have the same genetic sequence as small dogs. They believe it is due to other genetic factors that allow the breed to grow to full its full size.

No one is sure why the mutation occurs, but researchers think it first showed up when small dogs were domesticated or from a species of small wolves. There is no evidence, however, that wolves have this mutation.

Though strange, we are not complaining about the mutation. Besides – what would life be like without small dogs?