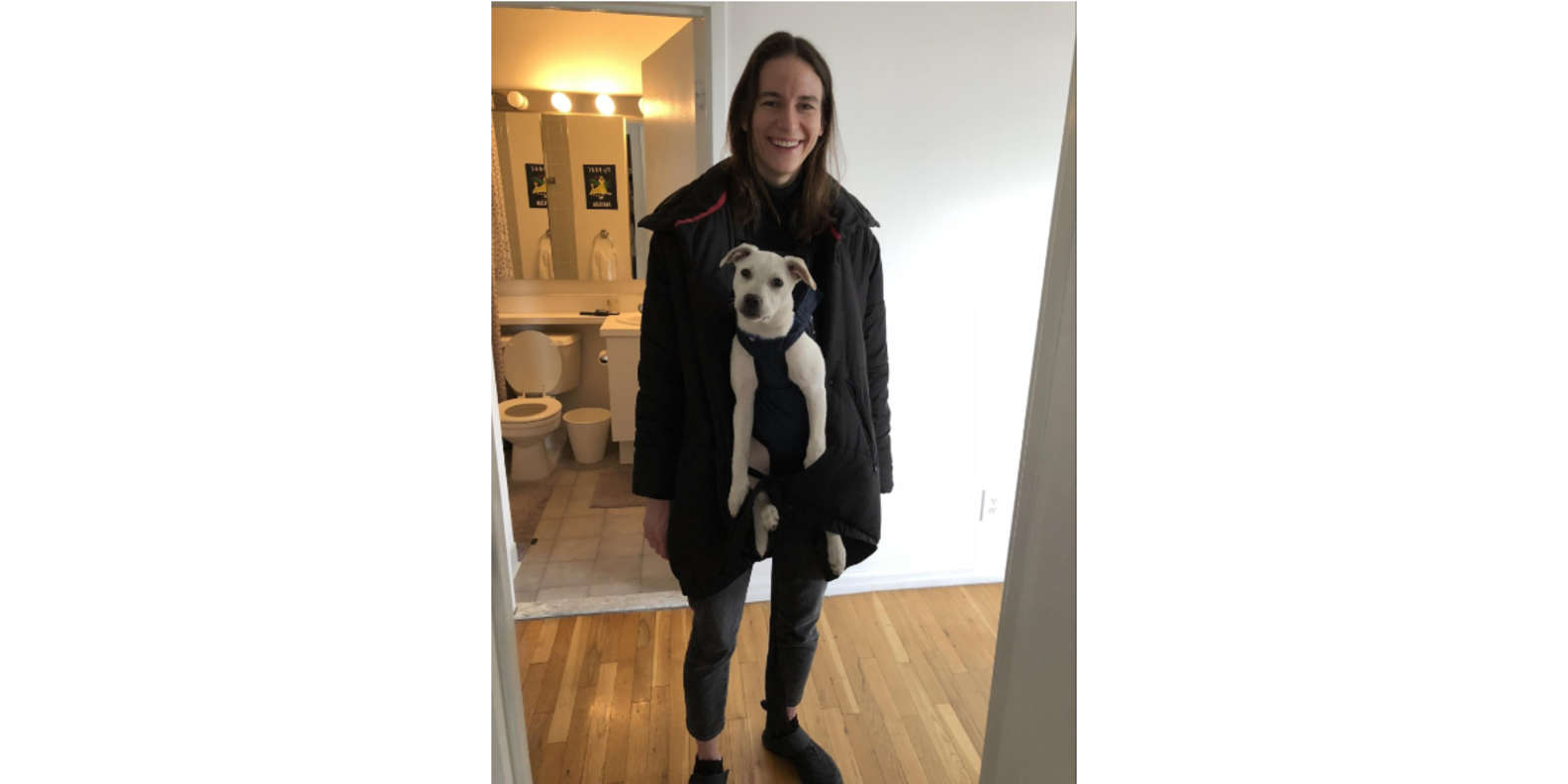 Whether 2016 was a great year for you or not, there is no denying that some pretty amazing things happened. It just so happens that 12 of these awesome things were animal related. Here are 12 wonderful things humans did for animals this past year.

When Polly’s owner bought her a duck costume, she didn’t realize it would help with Polly’s major anxiety problems – and make for one of the cutest pictures ever.

Pup lives in his own Harry Potter-like room:

After moving to a new house, the Chihuahua’s owner decided to create a space for him. She turned the cabinet under the stairs into his very own bedroom – furnished with a dresser, tiny bed, and lots of snacks. Just like Harry Potter.

Chicken on bed rest gets to watch nature documentaries:

After an injury, a chicken, named Strawberry, was put on bed rest. So she wouldn’t get bored, her owners set up an iPad with shows for her to watch. Her favorites were nature documentaries and shows with other chickens.

Dog receives his own letters:

Pippa is obsessed with getting the mail for her family. So, if there isn’t any mail that day, her mailman will write her a letter she doesn’t go home empty pawed.

Cat gets wrapped in Christmas bandages:

When Missy was bitten by a snake, she had to be hospitalized. Her nurses wanted to make her time there more festive, so they put Christmas-colored bandages on her.

Walnut’s dad had to make the difficult decision of putting him down. He wanted to make Walnut’s last walk memorable, so he asked people on Facebook to join them. To his surprise, hundreds of people showed up!

Mice are given their own storefronts:

Thanks to a group of artists, some mice got to experience their very own trip to the mall. The artists wanted to build some storefronts with mice in mind. The mice definitely approved.

Dog that was abused gets stuffed animals that look just like her:

When Justice was rescued, her mouth and legs were bound with electrical tape, leaving her with a scar across her snout. The shelter that saved her wanted to raise awareness and money to stop animal abuse, so they created a line of stuffed animals modeled after her.

A family celebrated Christmas early for their dying dog:

After Scooby’s family realized he wouldn’t make it to Christmas, they decided to celebrate it early. They even decorated the house and gave him presents!

Shelter dogs get treated to Puppuccinos:

One shelter decided to treat their pups to some afternoon Puppuccinos. It gave the dogs something to look forward and improved their chances of getting adopted.

Man surprises cat by dressing up as his favorite toy:

A man decided to surprise his cat and dress up as his favorite shark toy. The cat seemed more confused than surprised, but it was a nice gesture to say the least.

Man surprises dog by dressing up as his favorite toy:

And finally, one of the top trending animal stories of 2016. Unlike the cat with the shark toy, Jolena was very excited when her dad surprised her dressed up as her favorite Gumby toy.