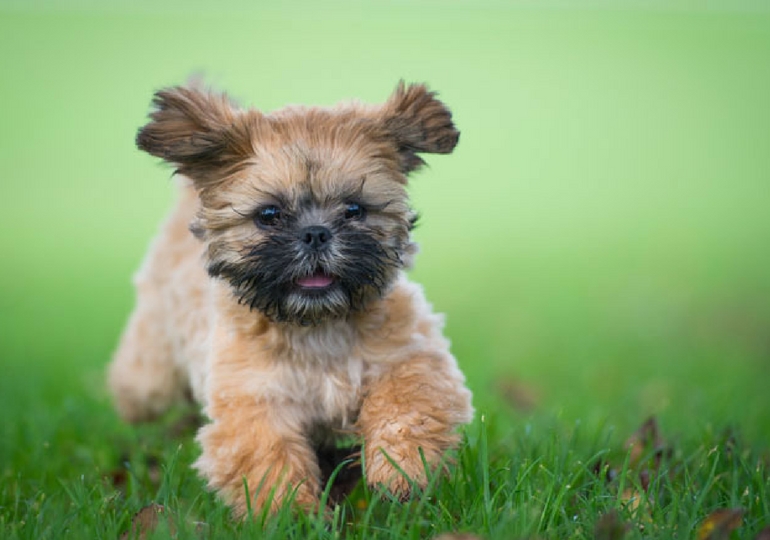 Like certain human names, some dog breeds are quite difficult to pronounce. And when you mispronounce one? The worst! But Nuzzle is here to help. Here are 12 dog breeds you’re most likely pronouncing wrong – and the correct way to say them.

One of the most widely mispronounced dog breed names is this pint size, fluffy breed. While you may have heard it pronounced “s**t sue” it’s actually pronounced shee-dzoo.

Another commonly mispronounced breed is this adorable ball of fur. There are technically two ways to pronounce this one: Bee-shon Freeze or Bee-shawn Free-zey, the latter being the traditional French pronunciation.

Though this may not seem too difficult to pronounce, there are actually two different ways to say this cuties name. Nor-Witch or Norridge (the traditional English version) are both correct.

This one isn’t so much about the spelling but more about the fact that it sounds similar to people from “Burma”. Bernese Mountain Dogs are actually from the Swiss Alps and their name is pronounced like “Bur-Nees” not “Bur-Mees”.

In this Hungarian sheep herding dog’s name, the “z” is silent, so it’s pronounced Koo-vah”.

Just looking at this name may make you want to bury your head in the sand – or at least avoid saying it at all costs! But with enough practice, you’ll become an expert in no time. Just keep practicing, Puh-tee Bah-say Gree-fohn Von-day-uhn over and over again!

The last word may throw people off on this breeds name as it’s actually pronounced Por-cha-geez Poe-den-go Pe-ken-o – not “Pe-ken-yo”.

Hailing from a sub-region in Italy, this Italian dog’s name is pronounced La-got-toe Rrrro-man-yolo and means “Lake Dog of Romagna”.

Though it looks like “Burger Picard”, the correct way to pronounce this French herding dog’s name is Bare-zhay Pee-carr.

This interesting-looking pup bears a resemblance to Schnauzers and originated in Czechoslovakia. The correct way to pronounce their name is “Chess-Key Terrier”.

If you pronounce this long-haired beauty Pee-kuh-neez, you’re technically right. But, there is a lesser-known version – Pee-king-eez – that is often considered incorrect. However, this breed was named after the Chinese capital city “Peking” (now known as Beijing), so that version is perfectly acceptable.

So next time you spot one of these pups, impress your friends and fellow dog lovers with the correct pronunciation of these dog breeds!